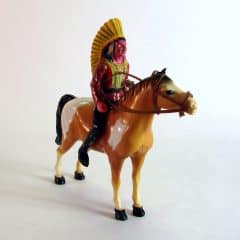 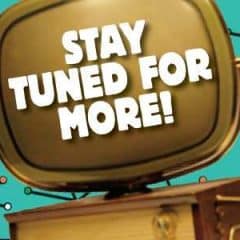 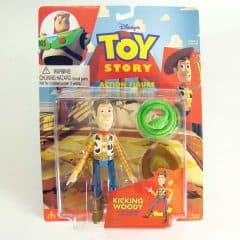 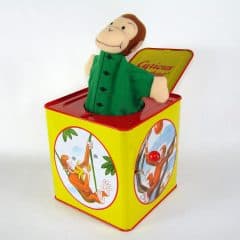 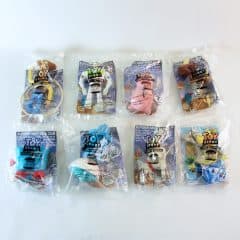 This is an original set of Toy Story Kids Meal Figurines from Burger King.These were to promote the original Toy Story video release. Includes 6 of the 8 figurines, with doubles of 2 of the figurines, for a total of 8 pc. The combo photo shows two of the items (Scud the dog, and the Alien) which are not included in the set.

– Woody has a lasso controlled by a thumbwheel on his back and his arms and legs are poseable. This item is sealed in package.
– Buzz Lightyear has a button on his back- press it to hear space laser sound. His arms and legs are poseable. The package is sealed, and the laser sound still works, but the battery is low. It might be replaceable.
– Hamm has a coin sticking out of his slot. Push it down and Hamm rolls across the table! This package is open and does not include a slipsheet.
– Slinky Dog is a windup. He rolls forward and his spring stretches! There are 2 of this item, one package is open, one is sealed.
– Stroll ’n’ Scope Lenny is a windup and his eyes roll around in his binoculars! There are 2 of this item, one package is open and one is sealed.
– Bo Peep is a spin-top. Wind her up and she spins round and round! This package is open.

Photos are of of actual item. Climate controlled storage and minimally handled. Sold as is. Only one set available. 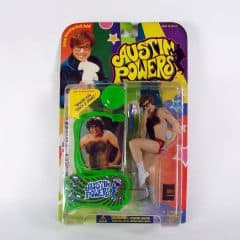 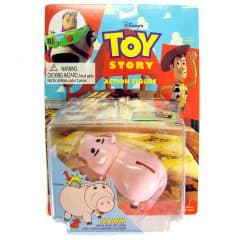 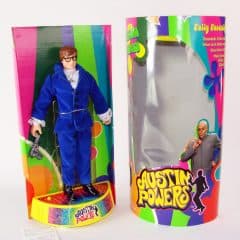