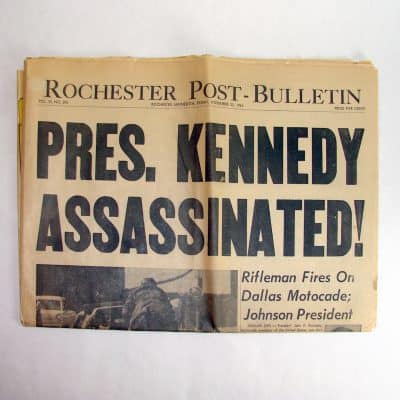 Here is the headliine for November 22, 1963, the day President Kennedy was assisinated, changing America forever. This is from the Rochester Minnesota Post Bulletin daily newspaper and is yellowed as would be expected for a newspaper this age.

Included with the newspaper is a Life magazine with missing cover, featuring the Kennedy Assassination, funeral and eulogy, as well Lots of interesting historic photos. Photos are of of actual items. Climate controlled storage and minimally handled. Sold as is. Only one set available. 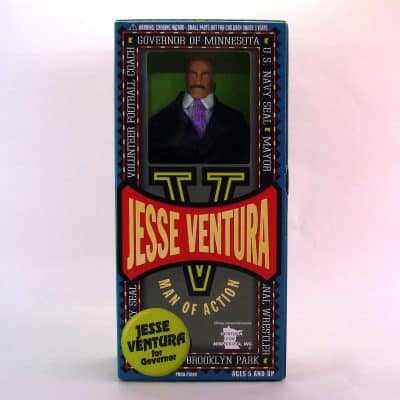 Who would ever think a Governor from Minnesota would have his own action figure? California’s Governor maybe, but Minnesota? When your previous career was as a professional wrestler and movie actor, anything is possible, right Arnold? Jessie had a role in the 1987 Schwarzenegger movie Predator, before serving as Minnesota’s 38th Governor from 1999 to 2003.

This is a unique collectable and probably helped get Jesse elected. The Ventura action figure was sold to help raise money and awareness of the candidate during the election. The quality is amazing, with a good likeness of Ventura, wearing a black suite, white shirt and tie and is fully articulated. He’s never been removed from his box except to photograph.

Photos are of of actual item. Climate controlled storage and minimally handled. Sold as is. Only 2 are available. 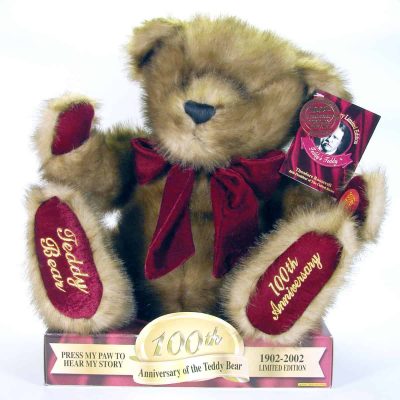 The term “Teddy Bear” came into being more than a century ago in 1902, when President Teddy Roosevelt was with a hunting party that captured a bear cub and tied it to a nearby tree. Upon seeing this, he ordered the bear set free.

Teddy is 13″ tall and is absolutely gorgeous! Not an ordinary furry plush toy, Teddy is constructed using high quality multi-color faux fur. He’s sporting a sewn bow in maroon, with matching foot pads bearing his name and 100th Anniversary sewn in gold thread. Teddy talks, reciting the story of how he came into being. Requires 3 AA batteries, which are included! See video below.

Teddy is still sitting on the original pedestal box he came in. He has all tags, including story card and golden embossed medallion. The pedestal box measures 9″ x 11 3/4″. This is a limited edition collectable sure to increase in value! 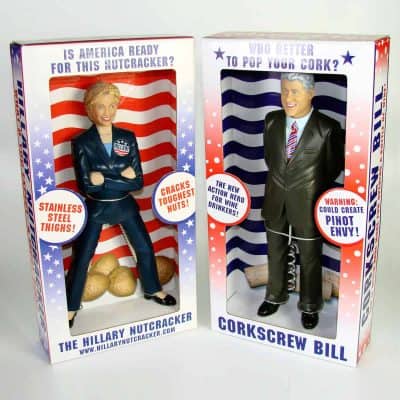 Before Donald Trump, Bill and Hillary Clinton were probably the target of more presidential “gag gifts” than any other 1st Family. This set of unique collectables features the “Corkscrew Bill” wine opener, and “The Hillary Nutcracker”. Both items are about 9” long and made of molded plastic. The likenesses are very good and each item is well made. They’ve never been taken out of their boxes so they’re in excellent shape.

Clever packaging compliments each item with descriptive quotes highlighting the high and low points of their careers. Hillary has a copyright date of 2007, Bill is 2008. Boxes are 11.5” x 6” x 2” each and in great shape. A set of historical political collectables! Great gift!

Photos are of actual item. Climate controlled storage and minimally handled. Sold as is. Only one set available. 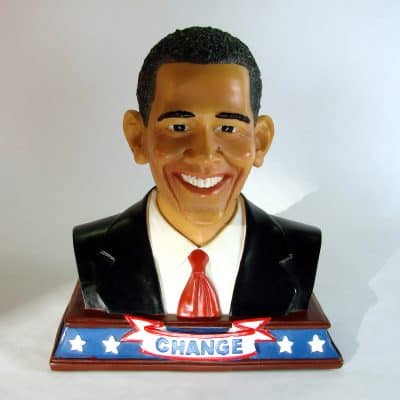 Many of the more unique political collectables contain an element of humor, and the President Obama Change Bank is no exception. Designed to play off Obama’s “Hope and Change” campaign theme, this is a real bank. 9” tall and a pretty good like likeness and detailed sculpture of the 44th President in molded plastic. Very minor wear on the bottom of the bank. Package measures 6 1/4″ x 8 1/2″ x 9 1/4″ and is in very good condition with very minor shelf wear on box. 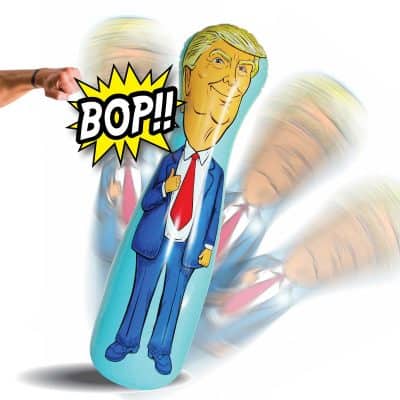 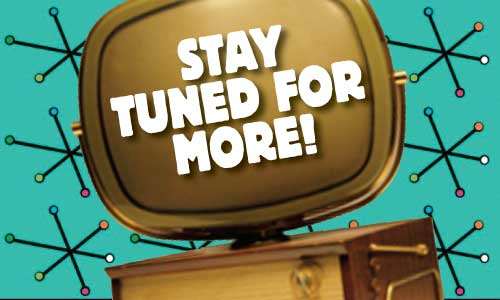